We will make our first stop on the Northern slope of Mount Etna for a compelling look at the old lava flow from 1923, which reached the town of Linguaglossa (550 meters above sea level) and destroyed part of the village of Catena. We will then proceed along a long, winding dirt road until we arrive at Etna’s Regional Park. There we will able to observe multiple species of Mount Etna’s plants such as the “ginestra”(genista aetnensis/broom), the ruins of small rural settlements, and in particular a “palmento”, a structure used in the past for making wine.

We will then make a brief stop at the 2002 lava flow reachable by jeep through a winding dirt road surrounded by chestnut and oak forests. The 2002 eruption lasted from October 27th to January 29th 2003 and it is considered one of the most explosive eruptions of the past one hundred years

Corruccio’s cave.
Continuing our excursion we will reach the Ragabo pine forest where hidden among pines and brooms, we will discover the cave of Corruccio (1350 meters above sea level) a cave formed by flowing lava.

Our tour continues with a short walk to  some of the side craters, the Sartorius Mountains (1700 meters above sea level), formed in the year 1865 and characterized by seven small, aligned eruptive cones (or "buttonholes"). This area holds great geological and botanical treasures, and our tour winds along clearings rich in endemic species, large volcanic “bombs” and woodlands dominated by birch trees (Betula Aetnensis). Halfway down from the top of one of the craters, one can enjoy a breathtaking view of the Ionian coast, from Riposto  to Taormina, the Calabrian coast, the North-East Crater (3350 meters above sea level), the impressive dark lava formations of 2002 and the eruptive mouths (2000 meters above sea level), near the tourist resort of Piano Provenzana.

Later, driving up along the Mareneve road we will reach Piano Provenzana (1800 meters above sea level), a ski resort, theater of the great eruption of 2002. After enjoying an excellent espresso, we will take a short walk to visit the ruins of the hotel Le Betulle destroyed by a molten lava flow. 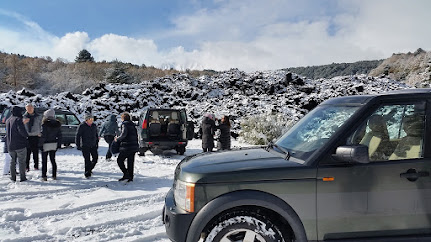 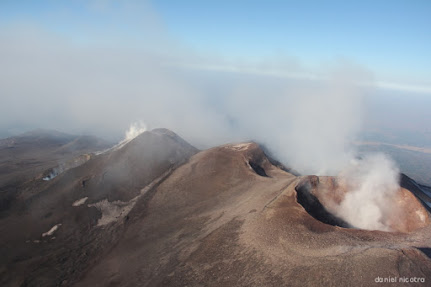 This is not just a trip for those

...anyone who loves nature and breathtaking landscapes

should join us on this special excursion

…and other natural wonders accessible

only to those with the right set of tires. 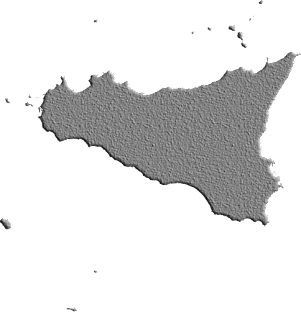